Let us manage your rental property & make your life easy.

GET A FREE RENTAL ANALYSIS

Find out how much your home could rent for.
Learn how your property could get the most rent.
See if your home is a fit for our portfolio.

Many locals of the Las Vegas area are attracted to Henderson, NV for its low crime rate, amenities, and options for different lifestyles. This diverse city is home to over 300,000 people, making it the second city in the state of Nevada. It sits about 16 miles southeast of Las Vegas.

Residents of Henderson enjoy plenty of community events, such as concerts at The Henderson Pavilion. Plenty of children’s events and parks are also offered by the city. However, Henderson is not only suited for families. Local lounges, shops, and bars are also pleasing to single adults.

When it comes to owning property in Henderson, renting out property is especially profitable. Not only will you have a consistent income from tenants, but the process is also much simpler than flipping houses. Not to mention, suburban homes are more likely to be maintained by their tenants. This means Henderson, NV is a cocktail for the perfect real estate investment. The demand for homes in Henderson shows through its housing market statistics. Just in the last year, price per square foot in Henderson has increased by 14%.

Although owning property in Henderson is profitable, no real estate investment comes easily. Between meeting tenant demands, dealing with unexpected expenses, and performing regular maintenance; being a property owner can easily become a full-time job.

That’s why Premier Property Management offers property management in Henderson, NV. Our specialized team is composed of some of the best real estate figures in the Las Vegas metropolis area.

Struggling to find the right tenant? We use cutting-edge marketing tools to connect with a wide local audience, and we syndicate listings across numerous classified sites.

Never get stuck with a lackluster tenant again. Our proven screening process helps us identify red flags quickly. Avoid the headache and let us find the ideal renter for you.

Stop following up with your tenants for rent payments each month. We'll automize your payments and disburse earnings quickly to protect your cash flow.

Never worry about the health of your home again. We perform frequent inspections to ensure tenants adhere to the terms of their lease and to identify potential maintenance issues.

Let our team handle your accounting needs and experience the peace-of-mind property experts provide. We compile detailed reports and provide 24/7 access via your account portal.

When it comes to getting the job done, we don't delay. Got a question or need some help? We're happy to help! Our team responds to phone calls and emails quickly, keeping both you and your tenants satisfied.

We Understand the Needs of Modern Renters

Connecting with the right tenants is perhaps the single most important component of the property management equation. We understand what modern renters are looking for, and we'll highlight your property's strengths to win them over.

Tenant Law is Our Speciality

Our team thoroughly understands the ordinances and regulations governing the tenant-landlord relationship. We'll keep you compliant and prevent legal headaches that could potentially prove financially devastating.

Our Firm Uses the Latest Technology

We deploy sophisticated technological tools to streamline operations for your property. From accepting epayments for monthly rent to keeping digital inspection notes, we use 21st-century resources to keep your home profitable.

Get a free rental analysis 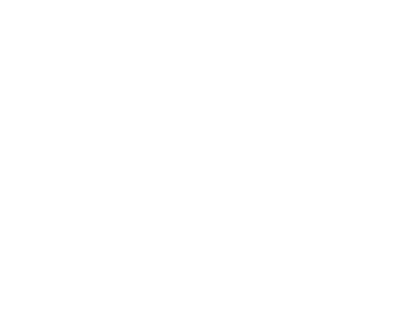 OUR CLIENTS LOVE US

We know the area. We know property management.

When it comes to choosing the right property manager in the Las Vegas Valley, you're not simply looking for the cheapest player. Instead, you're choosing a firm that will represent your best interests, protect your reputation, and most importantly, make you money. Don't be tempted by the first offer you hear—instead, choose a property manager who understands the challenges of our local market.

At Premier Property Management, we work diligently to provide the best property management in the Las Vegas Valley. We not only work in this area, but our staff calls it home, too. We carefully monitor industry trends and historic rental values, which allows us to expertly advise our clients. Whether you're concerned about boosting earnings, reducing turnover, or protecting the longterm health of your portfolio, we're ready to help.

Talk to us about your rental property needs

Not sure if property management is the right fit? We'll help you figure it out.